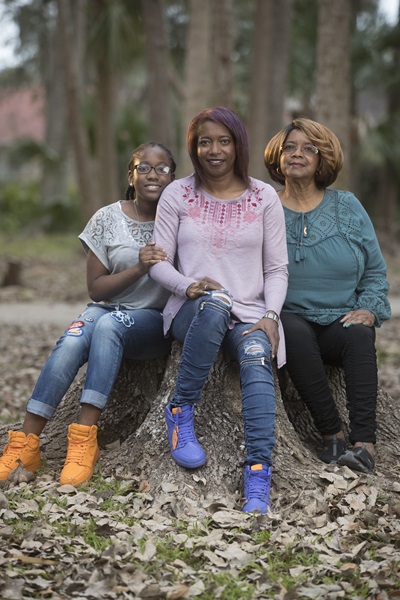 Sickle cell disease (SCD) is a serious, progressive, lifelong genetic disease caused by a single mutation in the HBB gene that leads to production of sickled hemoglobin (HbS).i

The blockages caused by sickled red blood cells can lead to the damaging of blood vessels and organs associated with the signs and symptoms associated with sickle cell. This can include painful and often unpredictable vaso-occlusive crises, anemia, and other acute and chronic complications.ii,iii,iv Over time, these symptoms and complications can lead to progressive organ damage including organ failure and even death.v,vi

A doctor can diagnose sickle cell disease based on the results from various screening tests, including a blood test for the presence of abnormal sickle hemoglobin.vii,viii

What are the clinical complications of SCD?

Sickled hemoglobin tends to stick together, causing red blood cells to take on a characteristic sickle shape, become sticky and inflexible, and have a shorter lifespan. This results in severe anemia, blockage of blood vessels and progressive damage to the blood vessel walls (called vasculopathy).i,ii,iii,iv

Over time, SCD can lead to complications such as infections, delayed growth and unpredictable episodes of vaso-occlusive events (VOEs) such as acute pain, priapism, acute chest syndrome (a condition characterized by chest pain, cough, fever, low oxygen level and breathing problems), stroke and organ failure that can lead to sudden death.xi,xii,v,vi

The severity of SCD complications varies.xiii Most children who have sickle cell disease can be pain-free between crises.xiv But adolescents and adults may also suffer from chronic, ongoing pain. Pain onset is sudden and unpredictable in individuals with SCD. It can be triggered by stress, illness, dehydration, temperature changes, wind speed, altitude, and barometric pressure, but often there is no detected factor. Chronic complications increase in prevalence and severity with age, with some beginning in childhood.xv,xvi,xvii

Resulting complications of acute complications, vasculopathy and end-organ damage can lead to pulmonary hypertension, renal failure and early death; in the U.S. the median age of death for someone with sickle cell disease is 43 - 46 years.xviii

How common is sickle cell disease?

Worldwide, there are approximately 300,000–400,000 new births of individuals with SCD annually.i,xix

Incidence and prevalence of SCD are geographically variable, with the majority of cases occurring in sub-Saharan Africa, India, Middle East, Caribbean, South America, and the Mediterranean.xix,xx

In the United States, it is estimated that sickle cell disease:

You can find more information about sickle cell disease by visiting patient resources.