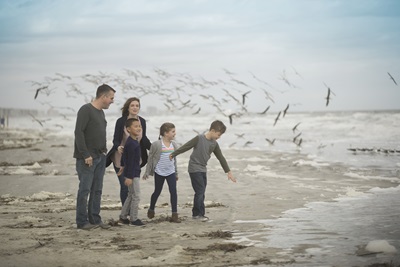 Beta-thalassemia (β-thalassemia) or beta-thal is a severe genetic disease that is characterized by significantly reduced or absent production of functional adult beta (β)-globin, a component of an oxygen-carrying protein called hemoglobin.i,ii

Beta-thal is caused by mutations in the β-globin (HBB) gene. Individuals with beta-thal minor have a mutation in one HBB gene, while individuals with the intermediate and major forms have mutations in both HBB genes.iii The absence of sufficient β-globin impairs development and survival of healthy red blood cells (RBCs), which can eventually lead to anemia, fatigue and other issues, as it impacts the delivery of oxygen in an individual’s blood cells.iii Mild forms of beta-thal may not need treatment.iii

RBCs carry oxygen to all cells and tissues of the body. Since oxygen is a fuel that all cells require to function, when there are not enough healthy RBCs, there is also not enough oxygen delivered to all the other cells of the body. This condition is called anemia, and people may feel tired, weak or short of breath.viii If left untreated, severe anemia can damage organs and potentially lead to death.ix

Beta-thal is estimated to affect approximately 1 in 100,000 individuals in the general population.iii

The incidence and prevalence of beta-thal is geographically variable, with endemic populations primarily found in South Asia, the Middle East, North Africa, and Southern Europe. While migration is changing the global distribution of the disease, beta-thal is a rare disease in most of Europe and the U.S.i,iv,x The CDC states that beta-thal major (a subset of beta-thal) affects at least 1,000 people in the U.S., however, the exact prevalence of beta-thal in the U.S. is not known and it is expected to increase with rising rates of immigration from endemic countries.xi,xii

Initially, beta-thal is diagnosed through an examination of the blood, including a complete blood count and specific hemoglobin analysis. Genotype evaluation may also be needed.iii

What is the effect of beta-thal?

Patients with beta-thal do not make enough healthy red blood cells and typically need RBC transfusions every two to five weeks to reduce the symptoms of anemia.iv,vii,viii,xix Because people with TDT cannot survive without regular blood transfusions, they require a lifetime of hospital visits as well as chelation therapy, which is needed to reduce excess iron caused by chronic blood transfusions – all of which compounds the challenges of managing this disease.iv

Despite the availability of supportive care, many people with beta-thal experience serious complications and organ damage due to iron overload.iv By eliminating or reducing the need for blood transfusions, the long-term complications associated with beta-thal may be reduced.iv Addressing the underlying genetic cause of beta-thal through gene therapy has the potential to restore the capacity of the patient’s own blood-forming stem cells to generate RBCs with a normal hemoglobin content, with the goal of achieving transfusion-independence.iv

You can find more information about beta-thal by visiting patient resources.